All the foreigners say Australia is the most dangerous place – snakes, spiders, sharks, crocodiles, tiny invisible jellyfish that make you wanna kill yourself, poisonous shells, poisonous fish, platypuses, truck driving murderous bogans – everything is fucking dangerous. Well that’s all bullshit, Australia is the safest place around. My reasoning – all the dangerous shit in Australia is so massively spread out the chance of you encountering any of it is massively slim.

Rainforests are where the real action is at – all the dangerous shit all hyper-condensed in one place; Elephants, tigers, poisonous shit, malaria, dengue fever, big hairy spiders, snakes, trees covered in spikes, penis parasites, worms that bury into your eye and evil fucking monkeys. And all of them have to live together all the time. How fucking stressful. Every second of their life is struggle against danger. Humans aren’t made for this shit, we’ve evolved to the comforts of roofs, clothes and weapons. 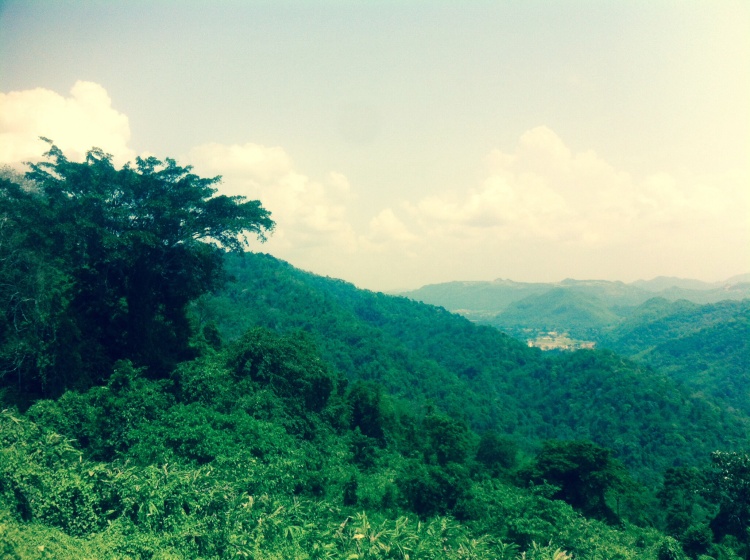 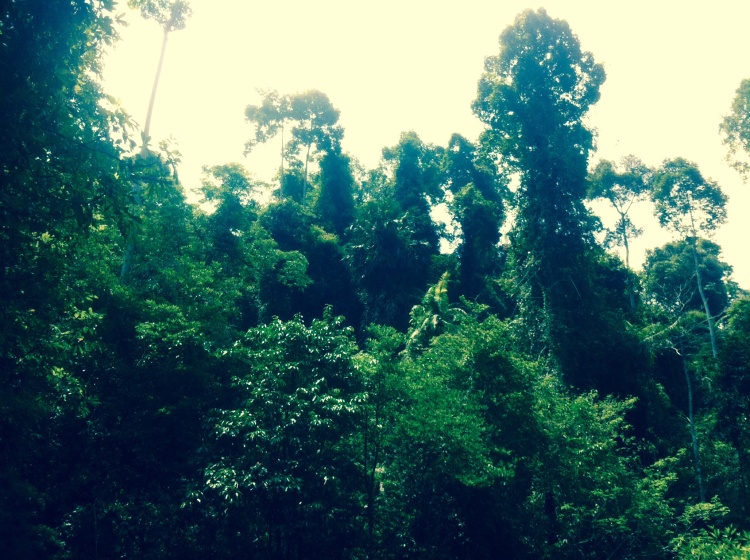 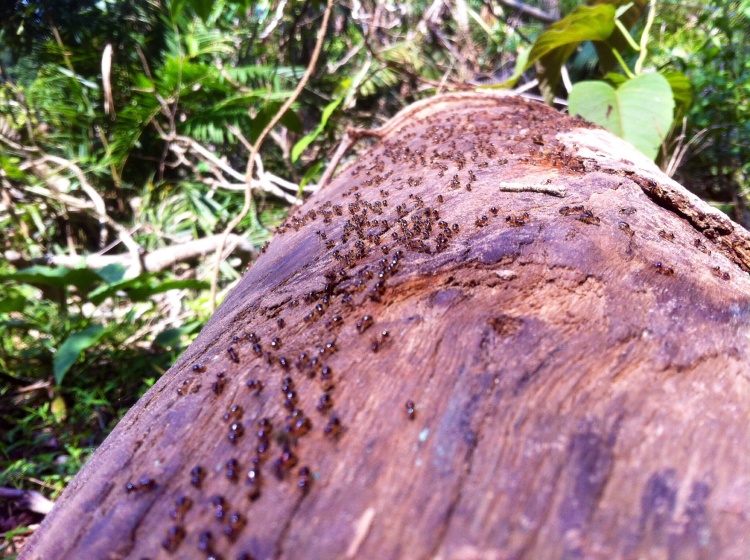 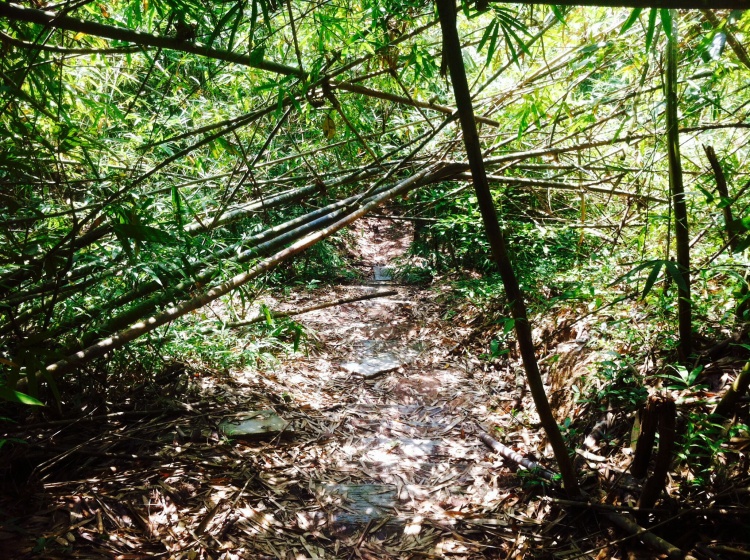 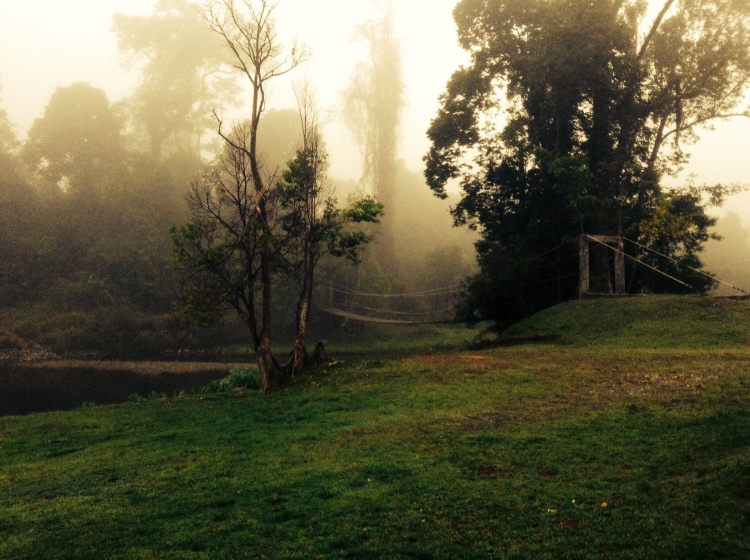 Alice and I are in Khao Yai national park – some of the densest rainforest in Thailand. When we started trekking it was all smiles, giggles and excited pointing but we soon realised what a stressful place rainforests are. Sure it’s beautiful but the compromise you pay for beauty is danger and stress. Khao Yai is teeming with things which seem to have the sole purpose of ruining our existence. The elephants have a history of anti-human violence*, the air is one quarter mosquitos, there are tigers, cobras and spiders, everything has spikes or horns, monkeys live here, the ground has about as many leeches as it has leaves and there is a single crocodile. A single crocodile?! Apparently some nob didn’t think there was enough danger so he let a crocodile free near the campsite. WTF?! 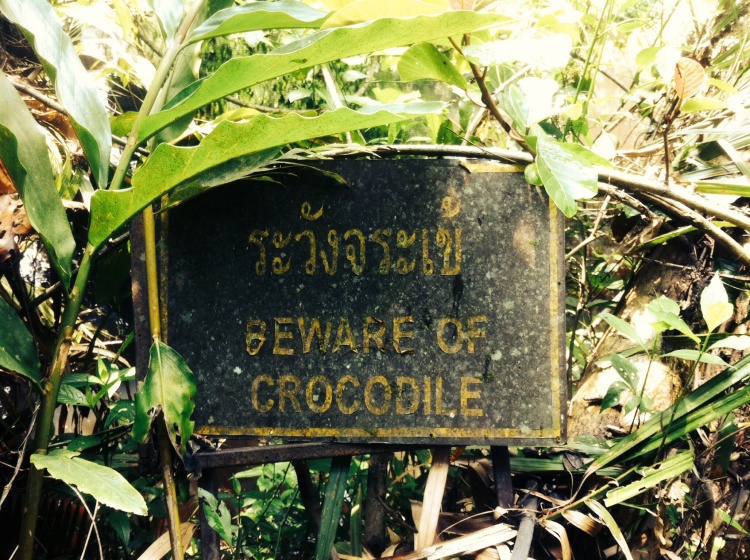 Threats of crocodiles, tigers, cobras, malaria and angry elephants are all freaky as but the worst part is the leeches. The ground is covered in them, all excitably perked up and bouncy like a field of erect man-penises in a strong wind. You go to brush one off before it gets a suckle only to see a dozen more of them bounding towards you like a plague of tiny rapists. We had to be so ridiculously vigilante or we would have had hundreds of them nestling into our leg flesh. It’s very hard to enjoy scenery when you’re at war like this. Once we saw some gibbons in the tree, which, of course, was very exciting, but we couldn’t fucking watch them jump around because every moment we stood still was like jumping out of a WW1 trench – bam, bam, bam enemies all over you. 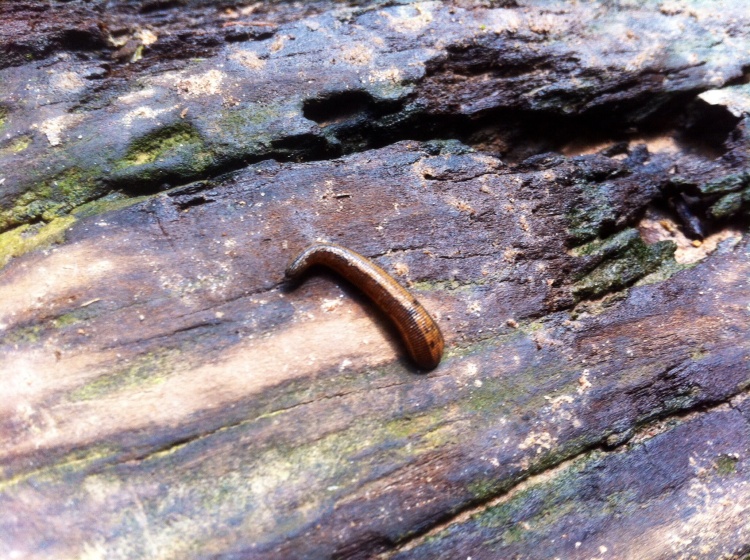 Thanks to our incredible vigilance in the line of fire we managed to go 11kms without our blood being tainted once. We got home and dry only to read that in the dry season (now) leeches aren’t really a problem – they all come out in the wet season. What kind of nightmare is that?

The forest here sounds like a factory – bleeps and tinks of electronic levers and nobs, the incessant drown of a team of chainsaws and the throb of metallic pumps. There’s no machinery though, that’s just what it naturally sounds like. I kept expecting to see some logging or mining enterprise but nothing – it’s all tress, bugs and birds. The dry season brings hoards of cicadas and all of their randy yelling saturates into one goading chainsaw sound – it’s uncannily similar. The goading drill of the saw is constant and only suppressed by the daily rain*. Many of the bird calls here are so machinal they could easily be mistaken for electronic factory bleeps. An odd and unexpected cacophony for the epitome of wilderness.

Our stay in Khao Yai has been ridiculously disorganised, not because anything we’ve done or haven’t done but because the service here is shitehouse. After wading through a labyrinth of misinformation we ended up at a campsite in the centre of the national park. We thought there was going to be cabins, food and a bunch of nice walks to go on but there were none of those things. Well there was a restaurant but the grumpy troll who worked there was incapable of telling me when she was actually open to cook things. Everything else was seven kilometres away. Do you know how hard it is to snack when everything is seven kilometres away and the only way to get places is to hitchhike or run there? 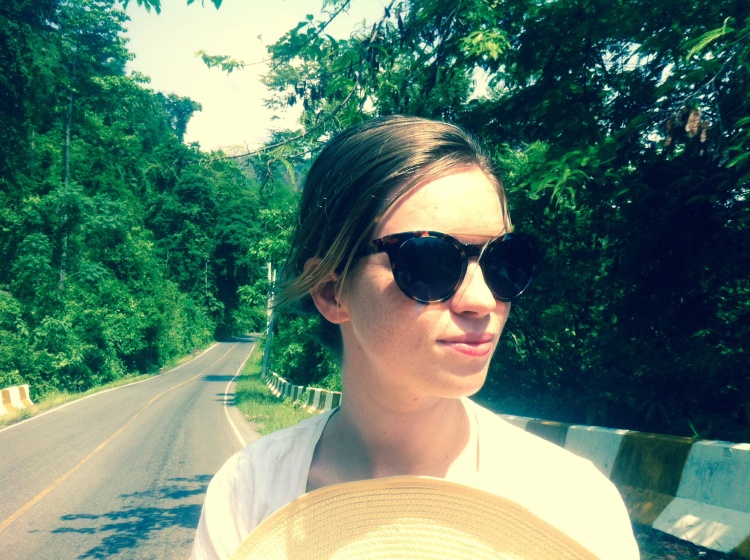 We saw lots of animals so that was cool.
Our campsite was surrounded by tall, plump deer. The males were shaggy and had horns and the girls all had scabs on their necks. I saw a big porcupine waddle through the campsite like a disgruntled clerk and there were heaps of monkeys – only a few cute ones, most of them were evil. Unfortunately we didn’t get to see any elephants. Their shit was everywhere though and everyone else seemed to have spotted some so I feel unlucky.

I don’t understand how elephants live in the rainforest? They’re so big and the rainforest is so thick and hilly. How do they move around?

Tomorrow we have to travel through Poi Pet – the worst place I’ve ever been in my life. I would say it’s the arsehole of the Earth but the analogy doesn’t do it justice, most arseholes aren’t covered in nearly as much shit as Poi
Pet is. I would be feeling pretty down about it all but there’s a big reward on the other side – finally, after all the passport and border drama and nearly two weeks later, I get to see my friend Daisy.

*Elephants are scary. One of them killed a monk and a kid a while back and every now and then they overturn a car. Imagine, your walking down the road alone and you see an elephant, it gets all rilled up because it’s spilling testosterone out it’s nob or something, and it gives charge. What can you? Run? Nope. Hit it with a stick? Nope. Flap your arms and yell like like a moron? Nope. Get mauled? Probably.
*It rains everyday. Usually between 12 and 2 and usually for 30mins to 2hrs.