Excuse me for a minute. I just want to get something off my chest.

So we’re in Italy now. Our ferry got in at Ancona at 7am and our plan was to get to the highway quicksmart so we could arrive in Rome that afternoon. There we would spend the next four days eating gelato, drinking coffee and doing whatever it is Romans do everyday.

I was a bit over eager for our hitchhiking to be a success because Selena was feeling justifiably anxious about it – her only experience so far being with a acid junky who drove at 160km. Well, we had nothing to worry about – we got a ride almost instantly with a lovely middle aged woman with hippie tattoos and a wrinkly mouth. She took us to the start of the highway to Rome where it only took another eight minutes until we were in another car. It was a shambly old bloater with a tiny pony tailed geezer behind the wheel. His name was Nunzio and he was a rather jolly fellow who looked like a happier Vincente del Bosque. Originally he was just going to drive us 70km West but then we got talking*. He proudly told us he was 70 and he had been hitchhiking just 15 years ago.

“Was it easy?” A squinty eyed smile pops out.

Later when we were nearing our stop he told us under the surrounding mountains was a massive cave complex. Proud and jovial he half demanded we go there.

“No I’m seventy years old. I’ll drop you there and pick you up afterwards.”

“What are you going to do?”

I don’t really know what he said here. Either I need to pick up my pension or I have a business meeting. I know those are like polar opposites but that’s what I understood ok.

“When you finish call me and I’ll pick you up. Afterwards we can eat lunch together.”

Cave:
I’ve don’t think I’ve ever been to a serious cave before – all I was expecting was a few stinky puddles capped off by a big rock with a catchy name. This was something quite different.

It’s a massively, massively old cave which means all those spikey mites that are usually only as tall as a baby cow are reaching up like overturned busses, street lamps and redwoods. All the epic ones had names describing what they looked like – madonna, witch’s castle, camel and things like that – but all I could think about were dicks. Long dicks, chode dicks, dicks covered in cheese, dicks turning Into cauliflower, fungal dicks, there were so many of them everywhere, like a giant storage facility for impotent trolls and their useless dongs. I would make the worst caver naming everything after dicks and cheese, people would get so lost.

Anyway, enough of that, the cave was really epic. The entrance alone is big enough to house the entire Milanese cathedral. The complex itself is over 30km long. There are sparkly underground lakes, weird rings of wall clinging bacon-like mineral deposits and more crystalised spikes than a magician’s stegosaurus.

Lunch:
When we left the cave I met an Aussie guy who was in Italy to visit his girlfriends family. He said to me:

“Nick, make sure you eat a massive lunch. In Italy they have small dinners so get primi, secondi, terzi and everything,

It was to be a premonition of my afternoon. Nunzi and his friend Marco, a bombastic smoker with an irregular laugh and from the aggressive school of friendless, took us to a restaurant sandwiched between a stack of rocky mountains. We barely looked at the menu. The men bantered and argued and not long after the food started flooding in with reckless abandon. 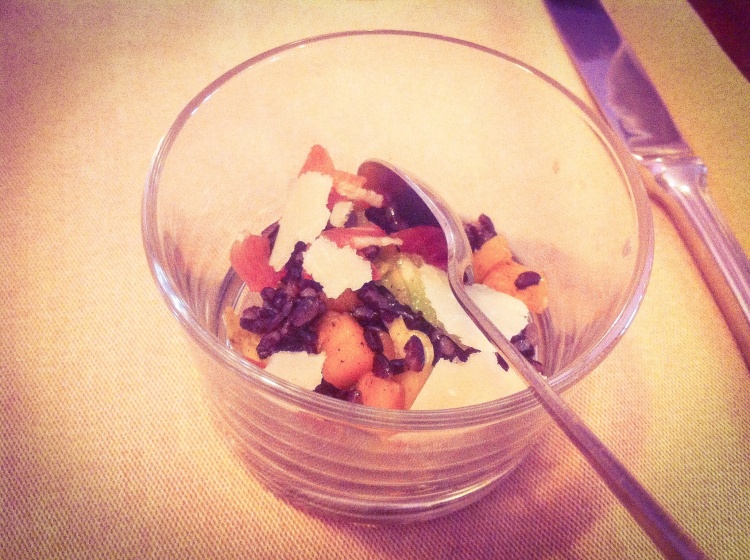 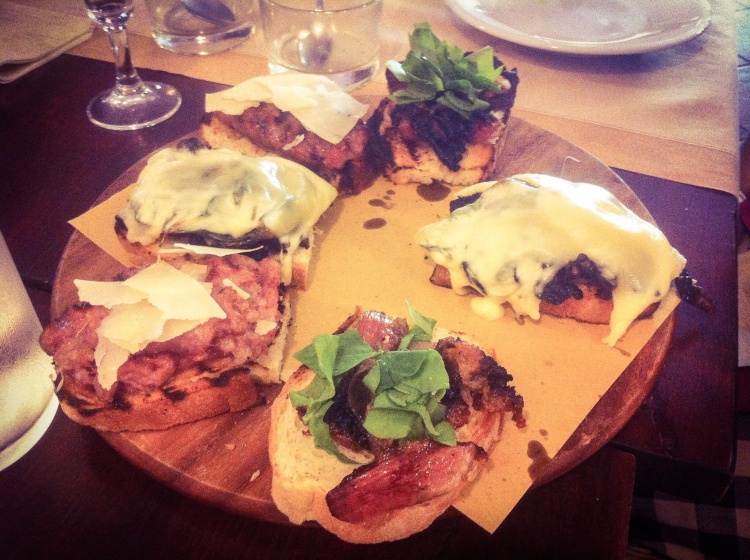 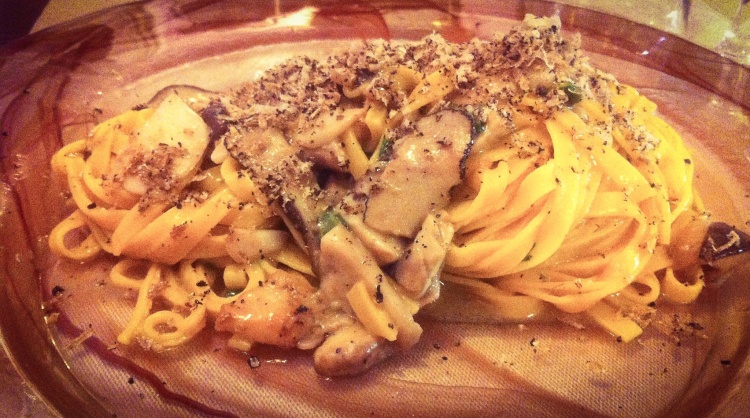 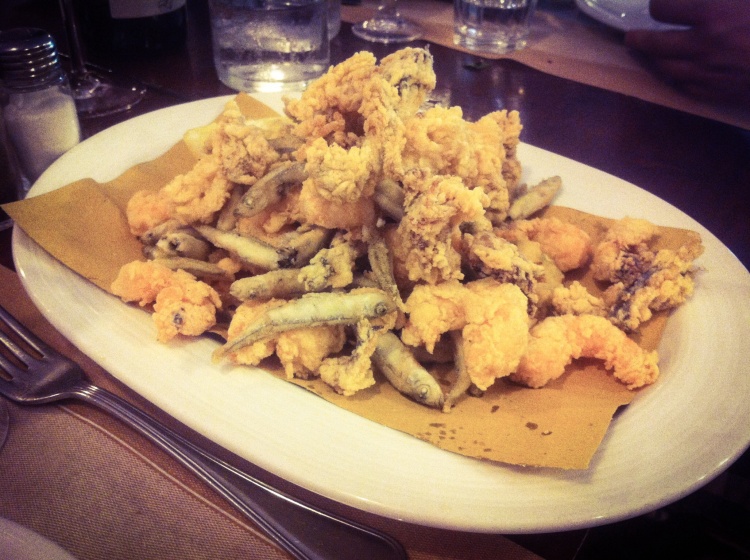 That was my first meal in Italy. Can you even imagine how delirious I was with happiness?

Nunzio refused our offers to pay, he wouldn’t even tell us how much it was. When they dropped us off at the highway they embraced us like their offspring and handed over their business cards. They’re investing in a new Italian technology that burns waste for energy at such a high heat it doesn’t produce greenhouse emissions. What a bunch of excellent dudes.

This is a picture I took in our next ride. A van stopped to pick us up but there was only one seat available. I let Selena take it so I was shovelled into the trunk with our bags and some bulky building equipment. As soon as the door shut it was completely dark. I could hear Selena and the driver if they yelled into the back but otherwise it was silent. No sight, no sound, no exit – I didn’t know what else do so I just meditated for the rest of the trip.

Unfortunately Selena, aided by a bulgy lunch stomach, fell asleep immediately after the drive started. Her being comatose and me being imprisoned in the dark meant we had no control over where we were going. At some point – I have no clue how much time or distance passed – we were dropped off at a train station.

We both wanted to stay on the road but it was past five and the sky was barreling around like a marshmellow tsunami. We had a quick give and go with a few cars but no one was heading to the capital so we packed it in and got on the train.

Now we’re in Rome. I’m feeling a emotionally dislodged by the all the possibilities. Usually in a big city I would either scout around a few food guides and blogs or ask some locals to find the good stuff but this is Rome – it seems a bit inadequate now. I feel like I should be asking A.A Gill, Alain Bourdain or some cosmic food spirit who lives in a palace made from chocolate and cheese.

I asked Selena if she wanted to keep hitchhiking to Nice when we leave Rome.

*I’m 100% surprised with the amount of Italian I can speak. Last time I was in Italy I only managed a few embarrassed squeaks and some awkward erring but today I was shooting it out. What the hell happened in that time? I probably haven’t heard more than ten words in Italian since then.